Get fresh music recommendations delivered to your inbox every Friday.

by The Smoking Flowers 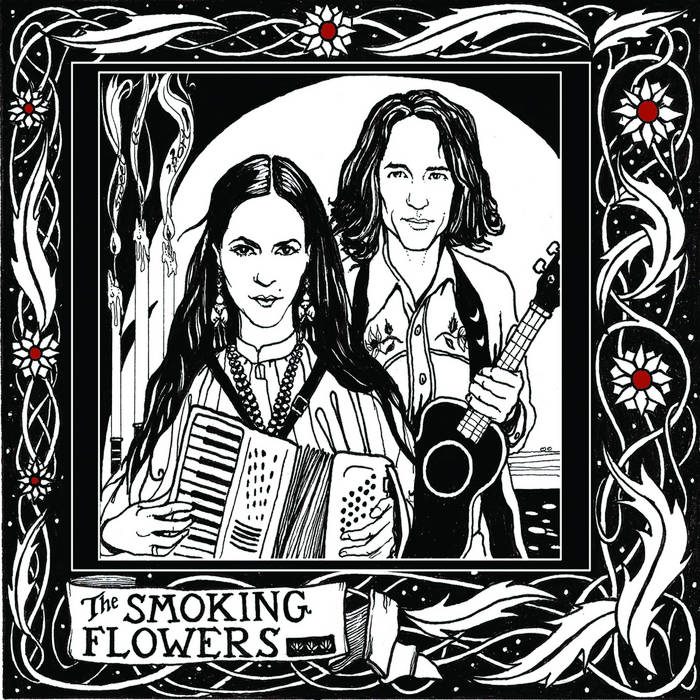 Sweet As Port... the stunning debut CD by East Nashville's husband wife duo, The Smoking Flowers. Buy it here and get the high quality Wave files.

REVIEWS OF "SWEET AS PORT":

"We can say something beautiful about every song on this record. The Smoking Flowers from Nashville have an abundance of talent. ...The album cover for "Sweet as Port" is an enigmatic drawing of Kim and Scott looking more like indians than your typical Nashville cowboys, which makes all the more sense because they succeed in creating a very unique alternative folk and country sound without one dose of lap or pedal steel. "Where there's smoke, there's fire" goes the saying, and this is definitely true for The Smoking Flowers, who will hopefully keep burning their musical fire for a long time to come." ~ Freddy Celis (Roots Time)


"Husband-wife duo Scott and Kim Collins, a.k.a. The Smoking Flowers from East Nashville, Tennessee, have forged a new direction. Also founding members of Pale Blue Dot, an enthusiastic and edgy rock alt-country band, Scott and Kim have branched out on their own, carrying forward where Gram Parsons and Emmylou Harris left off in their day. The Smoking Flowers have delivered beautifully produced, sometimes moody, Americana/Country songs with knockout harmonies in their debut album “Sweet as Port”. Less traditional than your classic country-folk duo, they triumph on a new style by bringing a punk-attitude and energy to their highly infectious songs. Kim has a fierce and dynamic voice, but with the ability to produce tenderness, displayed beautifully on the dragging ballad Whiskey Tongue and the Buddy-and-Julie-esque tandem Crime To Fall. The dark and threatening Female Casanova, accompanied by a howling violin, is a highpoint on this wonderfully attractive debut album."
~ Wiebren Rijkeboer (AltCountry.NL)

"Kim and Scott Collins' new project The Smoking Flowers finds the wife-and-husband duo shedding the rock edge of their other band Pale Blue Dot for a pared-down acoustic sound that highlights their uniquely sympathetic vocals, which are front-and-center on their debut SWEET AS PORT. Hearing the lazy strumming, harmonica and Scott's high tenor on the first 30 seconds of "Someday", it's difficult not to think of Neil Young, but when Kim enters shortly after, the song finds its own place, with warm, ragged, lived-in harmonies that can only come from many years of playing (and in this case living) together. The otherworldly singing and haunting mandolin of "Female Casanova" suggest equal parts Joanna Newsom and Led Zeppelin's "Battle of Evermore," while the carnival-midway accordion and cherubic, Victrola-esque vocal track of "Falling" tweak the mystical factor even higher. SWEET AS PORT is - dare we say - charming, without crossing over into twee." ~ Jack Silverman (The Nashville Scene)

There are not enough words to describe the intrinsic chemistry Kim and Scott Collins possess. They have discovered what some duos spend their entire careers trying to find: a fascinating marriage between artistic talent and subtle sensuality that pierces the attention of anyone in the same room as them... the second their wild feet touch the stage they exude just how tenured they truly are. ... more

Bandcamp Daily  your guide to the world of Bandcamp

Little Brother joins the show to discuss their beautiful journey, plus tunes from Fat Tony